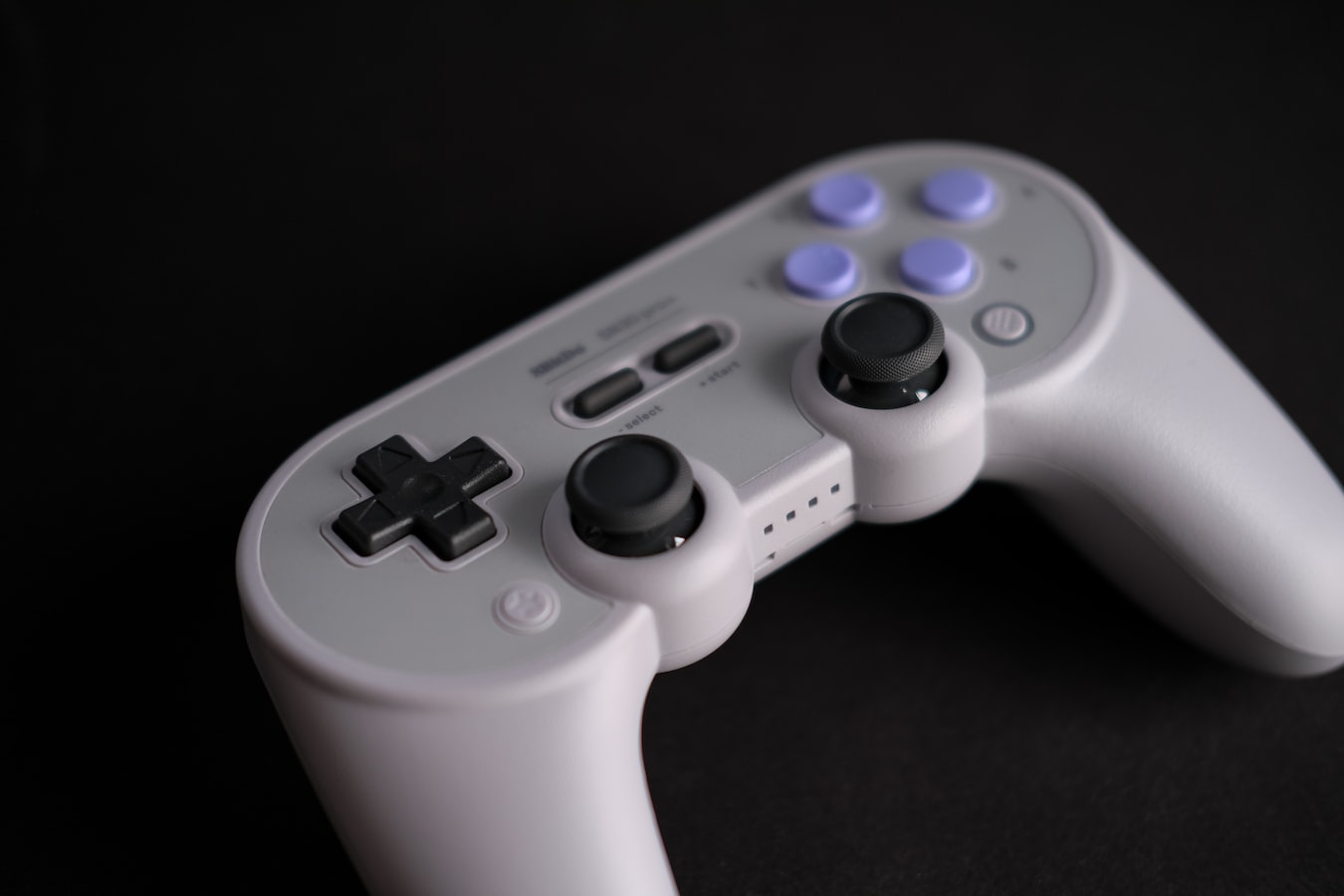 Video games are a form of modern art and certainly number among the most recent forms of creative arts . The major difference between video games and traditional art is the active, rather than passive, participation of the recipient of the art in the process of its delivery.

With over 100 active development studios, the gaming industry in Romania employs more than 6,000 people and generates revenues of over 200 million dollars .

However, video games lack a dedicated legal framework in Romania. And even though video games are intellectual-property intensive products, their legal status is unclear, not only in Romania, but also elsewhere in the world.

In order to better understand the legal issues concerning video games, the sections below briefly delve into some technical aspects of the creation of this kind of works.

While the first video game was essentially created by a single person, modern video games are created by entire teams. In the early days of video game creation, software coding held center-stage. Nowadays, the main role reverts to content creators (like game designers and artists), who are supported by the development team . However, in order for a game to run, programming remains crucial.

Game programming has three focus areas: the game code, the game engine and the specific tools.

The game code encompasses all the programming related to the game itself (for example, how characters in the game behave, how the camera moves etc.).

The game engine represents all the code that is not game specific, but is used to support the game . The game engine is used as an interface between the hardware and the game code. The game engine allows the game to run on different platforms (e.g., personal computer, console, mobile device). Game engines are comprised of sub-engines that coordinate input (from the external devices such as mice, joysticks, keyboards), graphics (generating animated two-dimensional or three-dimensional graphics), sound, physics (simulating in-game laws of physics), artificial intelligence, networking.

Tools are specialized parts of code that help with content creation. For example, specific tools are used for automating repetitive tasks, edit images and video etc.

Video game production has developed to become a vast and complex industry. Modern video games are mainly produced by large teams, sometimes over 300 people, who work on projects for long periods of time. Financing the development of a modern video game ranges from 1-2 million dollars for games created for handheld devices to over 50 million dollars for some console titles .

Most video games are produced by companies employing (in-house of third-party) project managers referred to as producers.

Video game creation brings together a plethora of stakeholders, from software engineers, designers and graphic artists to voice actors and models. However, the two most important roles are that of the game developer (the artistic brain behind the game) and the publisher (the commercial side of video game development).

The game developer provides the technical coding of the game, but also the look and feel of the game (for example, how levels are created, how characters behave etc.). Some game developers offer the full range of development services, including coding, motion capture, art, animation, others only some of these.

4. The legal nature of video games

For example, the software in the game engine and tools is subject to copyright, and so are the musical compositions, sound recordings, voice recordings, sound effects, images (still or moving), animations, text, etc. The title of the video game, certain logos or catch-phrases can be (and usually are) registered as trade marks. Sensitive information, such as customer lists, are subject to trade secrets. And under certain conditions, an innovation brought by a game may be patentable.

However, one of the difficult questions regarding video games regards copyright protection, namely, whether video games may be protected as computer programs or as audiovisual works.

While no country in the study had provided a definitive answer, in countries like Argentina, Canada, China, Israel, Italy, the Russian Federation, Singapore, Spain, Uruguay, video games are predominantly regarded as computer programs. On the other hand, in countries like Belgium, Brazil, Denmark, Egypt, France, Germany, India, Japan, South Africa, Sweden and the United States of America seem to favour the approach according to which each element must be protected in accordance to its rightful legal nature. Lastly, countries like Kenya and the Republic of Korea seem to consider video games as audiovisual works, given their visual elements .

5. Protection of video games in Romania

The legal nature of video games has not yet been established in Romania. To our knowledge, Romanian courts have yet to form an opinion on the classification of video games as software, audiovisual works or sui generis works.

Under Law no. 8/1996, computer programs encompass any expression of a program, application program, and operating system, expressed in any language, whether in source or object code, preparatory design materials, and manuals. Ideas, processes, methods of operation, mathematical concepts, and principles that underlie any element of a computer program, including those that underlie its interfaces, are not protected.

Absent contrary provisions in the employment agreement, computer programs created by employees during the course of their employment, while fulfilling their job attributions, or while following instructions from their employer, belong to the employer.

Computer programs are protected for the entire duration of the author’s life and for 70 years after their death. To the extent computer programs may be deemed collective works (i.e., works in which the individual contributions of the authors cannot be separated), copyright belongs to the natural or legal person who initiated the creation of the work; the economic copyright duration over such works is 70 years since they were first made known to the public.

From a practical standpoint, Romanian employers will hold the economic copyrights in computer programs. In the case of a company that uses external collaborators, and not employees, care should be taken to have the economic copyright assigned to the company, as the legal provisions regarding ownership of copyright over a collective work may not always apply to the particular computer programs created by the collaborators.

5.2. Protection of audiovisual works in Romania

Law no. 8/1996 defines an audiovisual work as a cinematographic work, a work expressed through a process similar to cinematography or any other work consisting of a succession of moving images, accompanied or not by sounds.

The duration of economic copyright in audiovisual works is not expressly provided by Law no. 8/1996. However, the Law no. 8/1996 deems the recognized authors of the work to have created the work in co-authorship. Therefore, the relevant provisions could be interpreted that copyright duration in the audiovisual work is calculated as for any work created in co-authorship, namely the life of the co-authors plus 70 years after the death of the last surviving co-author.

It is clear that video games are multi-stakeholder works. While programming is absolutely necessary, it is no longer the driver of the experience of the video game consumer. Design, graphics, gameplay, character development, play a much greater role in immersing the player in the world of the video game.

Moreover, as previously stated, many modern games use game engines that are already built, not ones created especially for them from scratch. Therefore, the question of whether a video game should be regarded as a mere computer program or rather an audiovisual work is legitimate.

From an authorship perspective, if a video game is classified as a computer program, most likely Romanian law would recognize a larger list of authors than it would were the game deemed an audiovisual work. There would be separate authors for the code, the music, the graphics, the animations, the videos in the video game, as opposed to only some the limited list of authors mentioned in the law for audiovisual works.

A specific issue related to video game authorship would be whether content created by players would grant them any standing in the game’s authorship. In principle, any alteration to the game, including those created by players (usually referred to as “mods”), may be deemed derivative works. To the extent they are original, mods may be protected by copyright. However, in order for a derivative work to be lawful, its creation should be authorized by the original copyright holder.

To the extent a video game is deemed a computer program, economic copyright ownership will most likely have to be assessed on a case-by-case basis. It is therefore possible to have several different entities as copyright holders over the code alone, since, as explained above, game developers rarely develop a game engine from nothing. Moreover, copyright would be vested in each stakeholder in the video and audio elements.

It is debateable whether all videogames could be deemed collective works, and therefore copyright to be assigned directly to the publisher. First, the music for a game can clearly be separated from the contributions of other stakeholders. The same can be said about cinematics in a video game, many of them telling a story that can be understood outside the game itself.

In contrast, the solution to copyright ownership is much simpler if the video game is classified as an audiovisual work. In this case, the economic copyright would be presumed to belong to the publisher, in its capacity as the entity organizing and financing the production of the game. From a practical standpoint, in our view classifying video games as audiovisual works would be desirable, since the production of a video game nowadays resembles the making of a cinematographic production, and therefore the same rationales should apply as in the making of a film.

In Romania, the issue of how video games should be classified will remain undecided until being discussed in front of the Romanian courts or until specific legislation is enacted.

It is, therefore, recommended that interested parties in the video game industry protect their intellectual property through contractual arrangements, in order to have ownership clarity.